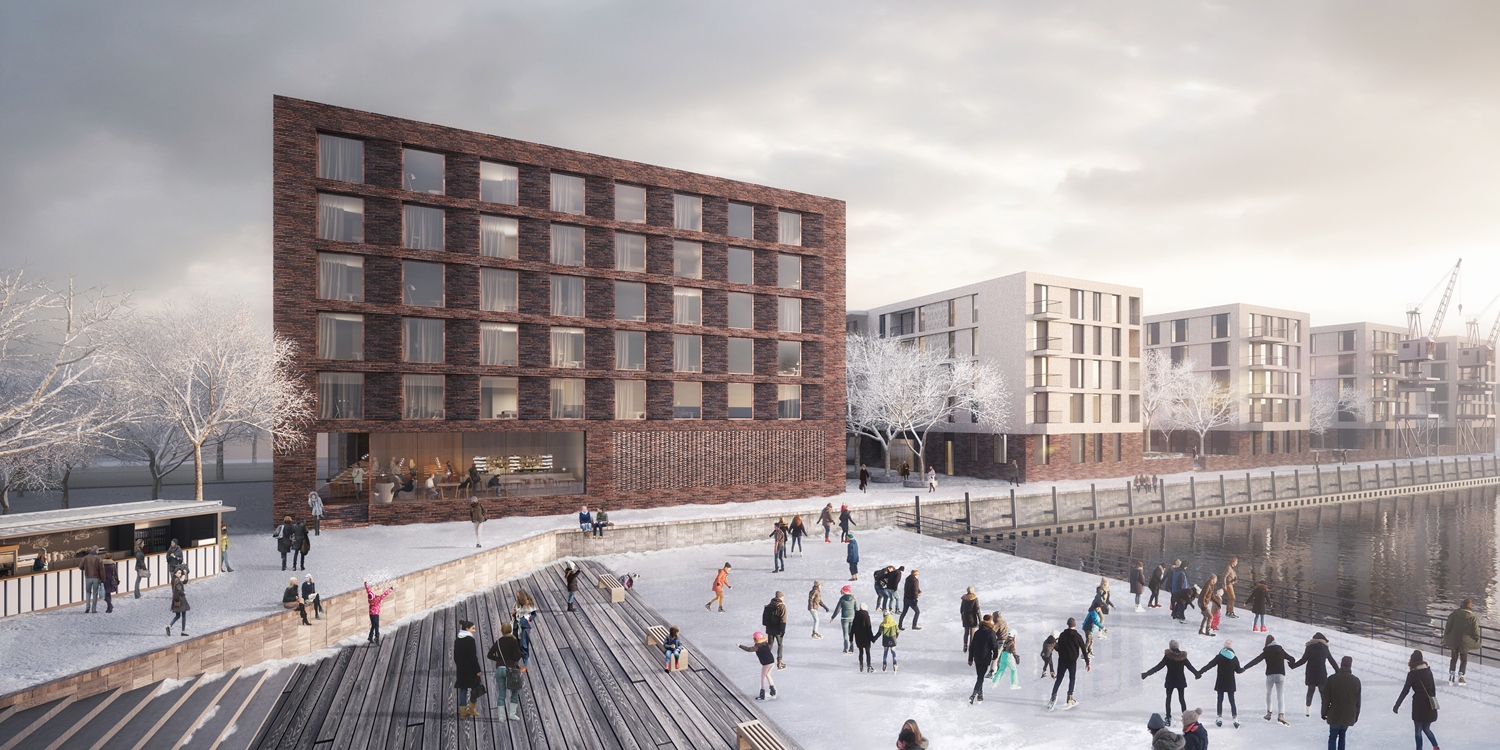 Mainz, 26 January 2018 – Darmstadt-based Heureka Development and SoReal of Vienna, a subsidiary of SORAVIA, have jointly carried out an architectural competition for the southernmost building site on the Rheinallee, in the Zollhafen district of Mainz.

In 17,000 square metres BGF (≈GEA) of floorspace, a hotel and a mixture of condominium and rental apartments are to be built on the site opposite the Kunsthalle, directly adjoining the forthcoming southern access to the district. The total project volume is estimated at around 56 million Euro. Construction is scheduled to start in the first half of 2019.

Seven renowned architectural firms, four of them from Germany and three from Austria, took part in the competition. The judging panel, chaired by Prof. Eugen Bruno of Darmstadt, unanimously awarded first prize to the design by the Hamburg-based architects KBNK. In second place was the design by gmp architects, also from Hamburg. The third place went to the AllesWirdGut practice, from Vienna. The concept by Coop Himmelb(l)au, of Vienna, was given a commendation.

In the winning design, the panel was particularly impressed by the idea of positioning the hotel as a free-standing six-storey building facing the Kunsthalle. The rental and condominium apartments are arranged in the adjoining buildings to the north, with the owner-occupied apartments overlooking the harbour basin. The consistent five-storey arrangement of the apartments was recognized as a special feature of the design. It means that the largest section of the building is one storey lower than the other new buildings on Rheinallee.

Andreas Rossmann, Managing Director of Heureka Development, is very pleased with the result. “The concept by the first-prize winner is highly responsive to both the overriding urban development objectives and our usage requirements”. Jasmin Soravia, Managing Director of SoReal, adds: “The KBNK design provides us with an excellent starting point for the further planning and implementation of this important project in Mainz Zollhafen”.

Subsequent to the competition, the plans for the prize-winning design are to be further developed. The developers currently estimate that realisation of the project will commence in the first half of 2019.

All the designs will be on display in the Weinlagergebäude, on the ground floor of Taunusstrasse 61 in Mainz Zollhafen, between 14:00 and 18:00 on Saturday 27 and Sunday 28 January 2018.